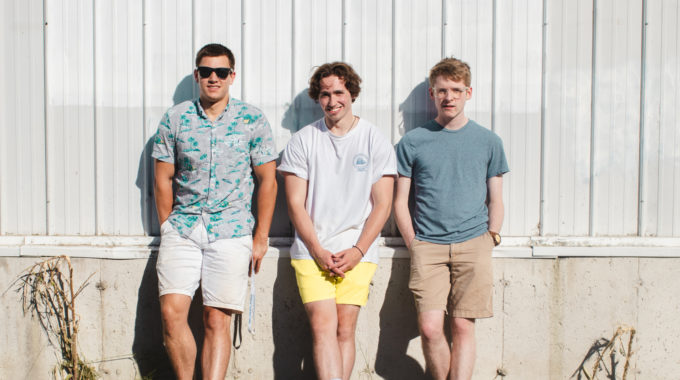 Dad Patrol is an alternative rock group from Fredericton, NB. They started releasing songs and playing shows around October 2019, although they've been writing music together since late 2014. Members Jonathan Marino (drums), Gregor Dobson (vocals, rhythm guitar), and Zachary Pelletier (lead guitar, bass) all met each other in kindergarten and have been best friends ever since.

Their debut album "Yellow Phase" came out in September 2020 and marks a new direction for the band with a cleaner, leaner, and fuller sound than their previous works. Dad Patrol records all of their music themselves with their collection of borrowed and thrifted equipment. All the drums are recorded in a basement, all the vocals are recorded in a very small closet, and everything else is done in various bedroom studios. Go listen to their new album now for some charmingly homemade music.