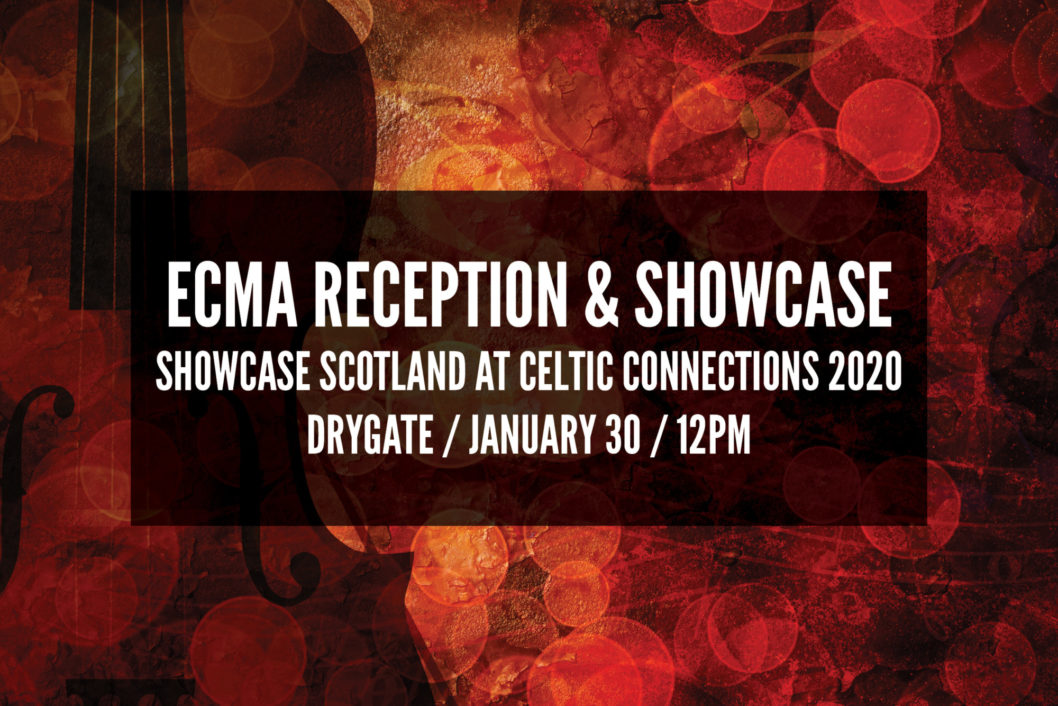 “The ECMA’s partnership with Showcase Scotland at Celtic Connection is without doubt, a huge success story. It has generated many tangible benefits for both Scottish and Atlantic Canadian artists since it began in 2015. We are thrilled to continue this tradition when we return to Glasgow in 2020.” Andy McLean,CEO, ECMA.

“We are once again delighted to be welcoming artists from Atlantic Canada to perform as part of our 20th anniversary edition of Showcase Scotland at Celtic Connections. Our partnership with the ECMA is important to us and it’s a great way to foster exchange and support for both Scottish and Canadian based artists”

Approaching its 20th anniversary year, Showcase Scotland introduces international and worldwide audiences to new music. Showcase Scotland is the largest showcase for folk roots and acoustic music in the U.K., and is known for attracting major presenters and festivals from 23 nations around the world.