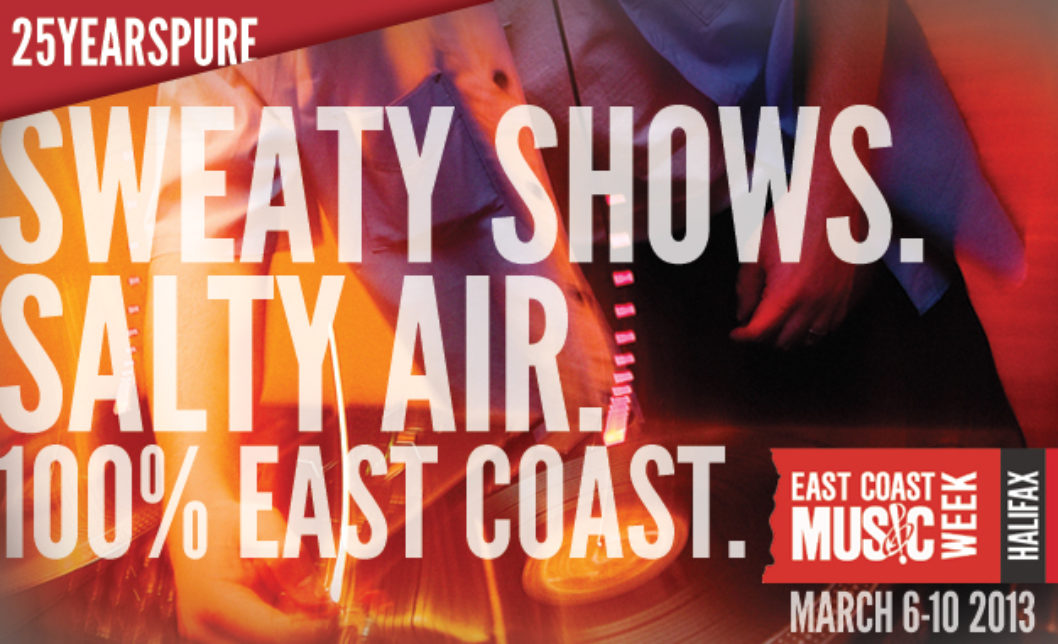 The East Coast Music Association (ECMA) has announced that David Myles, Jenn Grant, Rose Cousins, Radio Radio and Dwayne Côté and Duane Andrews are among the initial artists selected to perform during East Coast Music Week 2013 (ECMW). Celebrating its 25th anniversary, ECMW takes place in Halifax, NS from March 6-10, 2013 and features some of the regions most celebrated and renowned acts. Showcasing artists announced so far include:

Over 1,100 musicians applied for opportunities to perform on official ECMW 2013 stages. The selected showcasing artists were chosen by juries made up of regional, national and international music and industry professionals. For more information on the artists, please click here.

“The caliber of talent for East Coast Music Week 2013 is spectacular, and this is just the beginning of our 25th Anniversary programming,” says Scott Burke, ECMA Executive Director. “Halifax will have a front row seat to these incredible performers from across Atlantic Canada. We invite the public to join our party March 6-10, 2013.”

ECMW wristbands and passes are available at early bird pricing until December 31, 2012. The details of the passes and wristbands are as follows:

Pricing includes all taxes and fees. Wristbands and passes are available online at www.ticketpro.ca or by calling 1-888-311-9090.