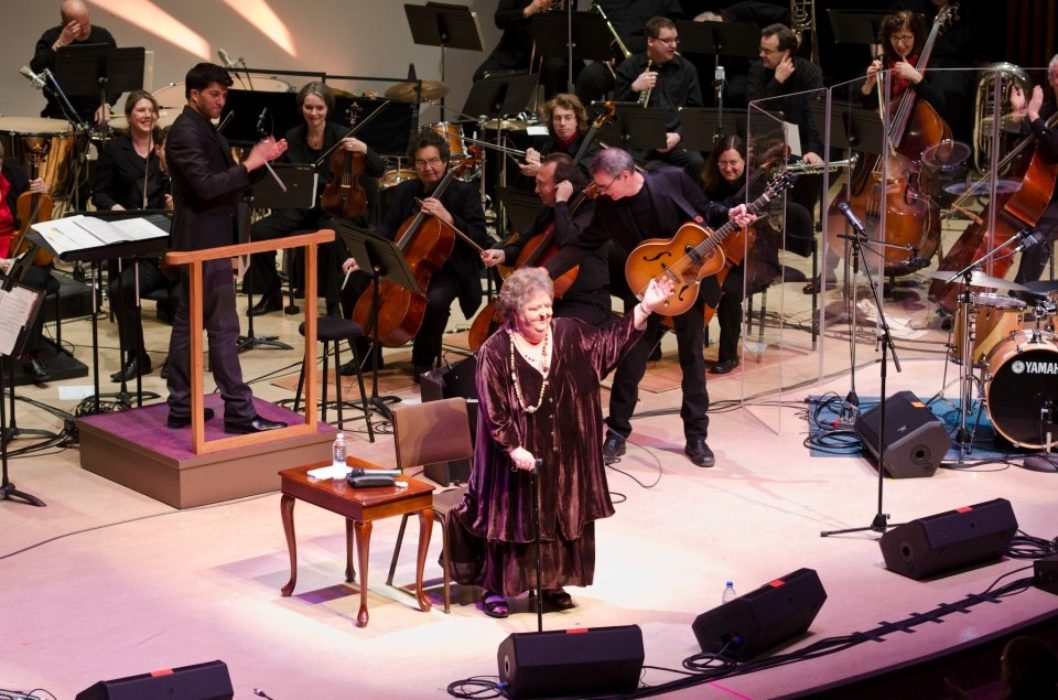 Rita MacNeil’s passing is a shock; we have lost a legend, a pillar of our East Coast music community.

“Rita was the matriarch of the east coast music community; she gave us so much over her storied career. She sang of hope, home and humanity and was an inspiration to us all. Her music and spirit brought the world to Cape Breton,” said Scott Burke, ECMA Executive Director.

Rita MacNeil entertained audiences for over three decades  worldwide and released 24 albums.  Rita’s success is evidenced in the gold, platinum and silver albums from around the world, as well as numerous JUNO Awards, Canadian Country Music Awards, East Coast Music Awards and a Gemini Award. She holds five honorary doctorates and received both the Order of Nova Scotia and the Order of Canada. Rita hosted her own television program, Rita and Friends, and starred in many highly-rated television specials that were broadcast worldwide. She released a best-selling autobiography, On a Personal Note, and operated Rita’s Tea Room in Big Pond for 27 years.

"Rita McNeil was the pride of Cape Breton and loved by the world. Her continued support of east coast music brought a spotlight to our region that paved the way for so many of our artists. She was a treasure and will be sorely missed,” said Heather Gibson, Chair of the ECMA Board.

Her spirit and soaring music will not be forgotten.  Our thoughts, hearts and prayers are with the family, friends and loved ones of Rita MacNeil.

"Rita's charming and nurturing personality, her deep love of Cape Breton, strong Canadian roots and brilliant voice, both as a singer and songwriter, has left a tremendous legacy. As Rita traveled the world we could not have been prouder than to have her representing Canada as our East Coast ambassador," said Shelley Nordstrom, International Export Manager. "During the 2005 East Coast Music Awards in Sydney, NS,  Rita was presented with the Dr. Helen Creighton Lifetime Achievement Award and in her typical fashion graciously spoke, 'Do not ever give up on your dream, I am proof you can make it, be true to yourself.'  Rita’s inspirational words and her rich musical legacy will resonate forever."

Watch part one and part two of the tribute to Rita MacNeil at the 2005 East Coast Music Awards in Sydney, NS.