TURN-UP THAT RADIO DIAL- ITS RADIO ECMA THE PODCAST!

Hosted by Chris Batstone in St. John’s, NL the Radio ECMA podcast is produced by the East Coast Music Association and recorded by Imaging by Guido. Learn the stories behind the songs and something new about the fantastic artists we have based on the East Coast of Canada. 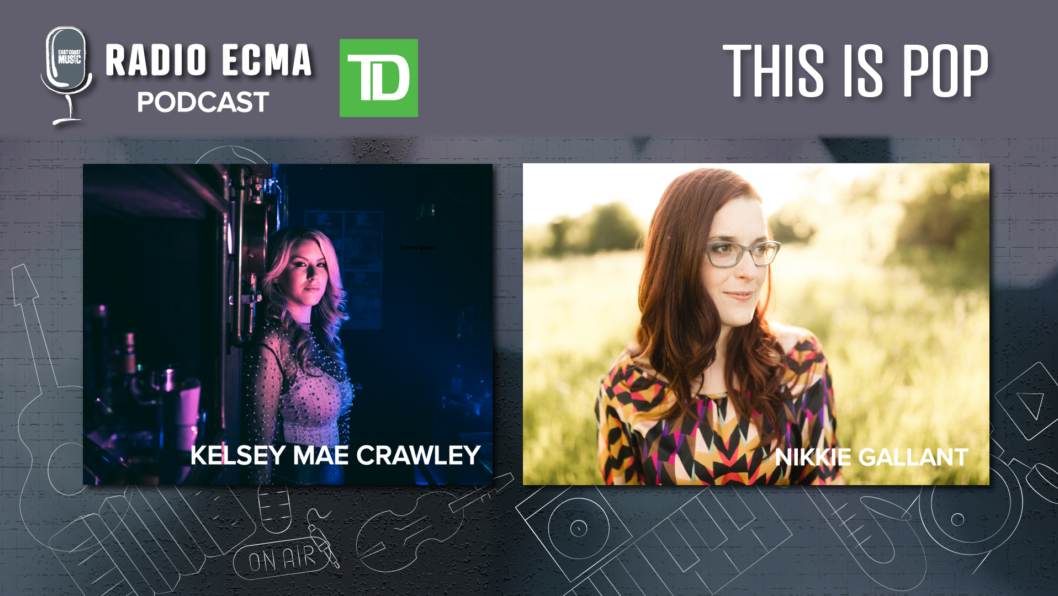 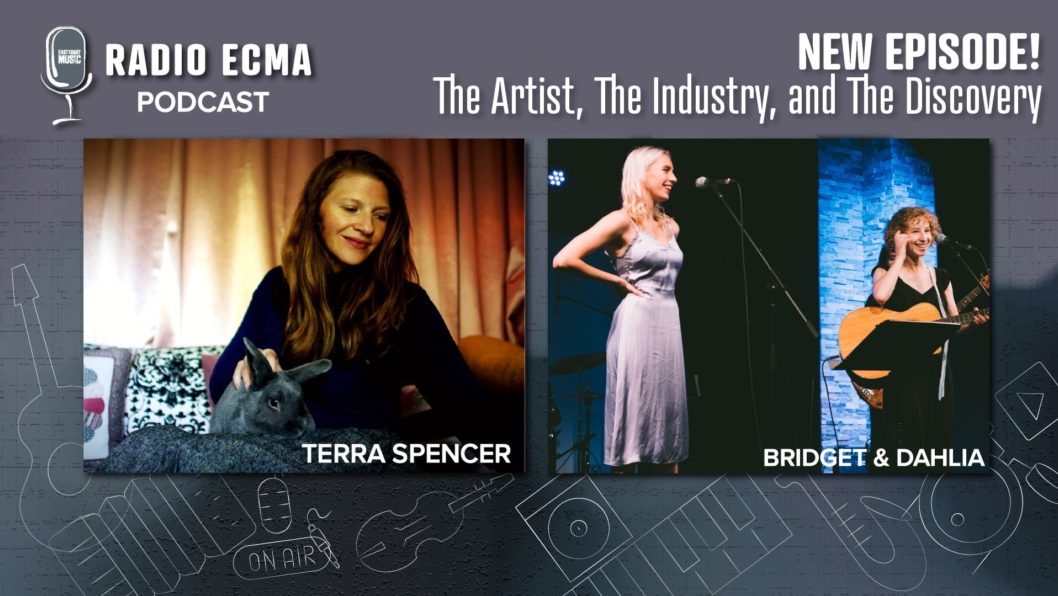 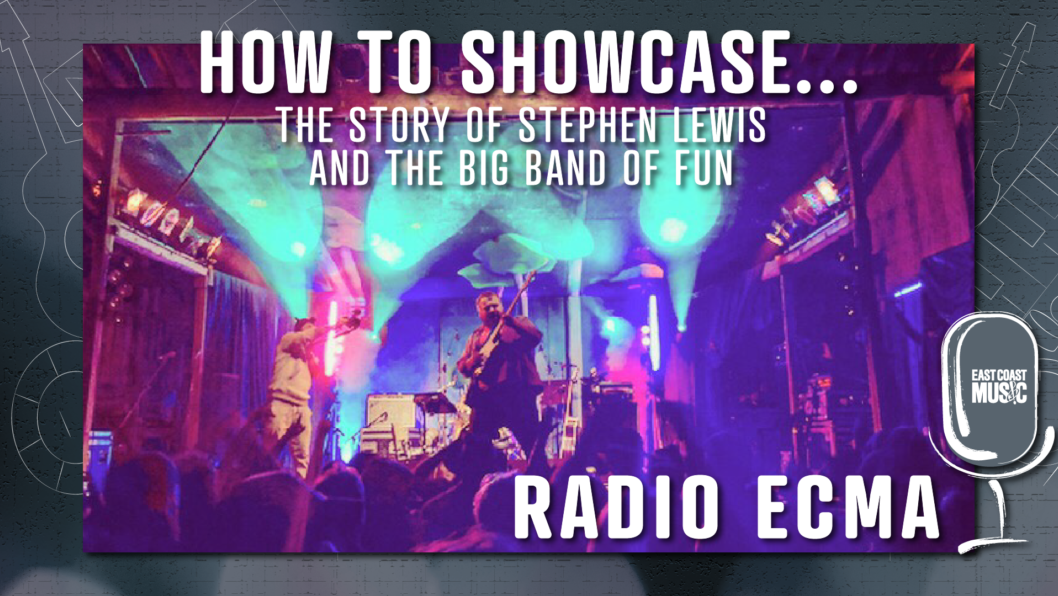 On this special three part series of the Radio ECMA Podcast we discuss the importance of Orange Shirt Day, indigenous culture and music within Atlantic Canada.

September 30th has been declared Orange Shirt Day annually, in recognition of the harm the residential school system did to children's sense of self-esteem and well being, and as an affirmation of our commitment to ensure that everyone around us matters.

Host Chris Batstone is joined by Trevor Sanipass, Indigenous Liaison as they interview artists. Also in this special series Cheryl Copage-Gehue, Indigenous Community Engagement Advisor for HRM and Manager of Protocol & Culture for the North American Indigenous Games talks with Trevor and Chris about her knowledge of this important day and Indigenous culture.

Thank you to our episode sponsor the Aboriginal Peoples Television Network (APTN) for their continued support of Indigenous artists and the East Coast Music Association.

To listen to all parts of this special series click here

The Kids Are Alright … The Story of the Swinging Belles

Episode 3 of The Radio ECMA Podcast has gone to the kids! Join host Chris Batstone for an enlightening discussion of the children’s music industry. Child educators and talented musicians the Swinging Belles began around the kitchen table sharing songs of earthworms and weather. Erin Power, Laura Winter, and Duane Andrews focus on fun, engaging their audience and playing music that helps to nurture audiences of the future. You may even learn some scientific facts about harmonies 🤓

About the Swinging Belles:

The Swinging Belles, a JUNO award-winning swing band for kids from St. John’s, NL,share how they intend on getting both kids and adults to kick up their heels and have a swinging good time with the whole family!

The Swinging Belles feature child educators and performers Laura Winter and Erin Power joined by guitarist extraordinaire Duane Andrews. This show is all about getting kids and parents out to have a dance and enjoy some swing country and jazz…kid style. As primary school teachers, both Laura and Erin know first hand the joy that kids feel when they can boogie to some good time music, and as parents, Duane and Erin know the importance of enjoying the music that our kids are listening to! The show is packed with music, interactive storytelling and dancing…lots of dancing! 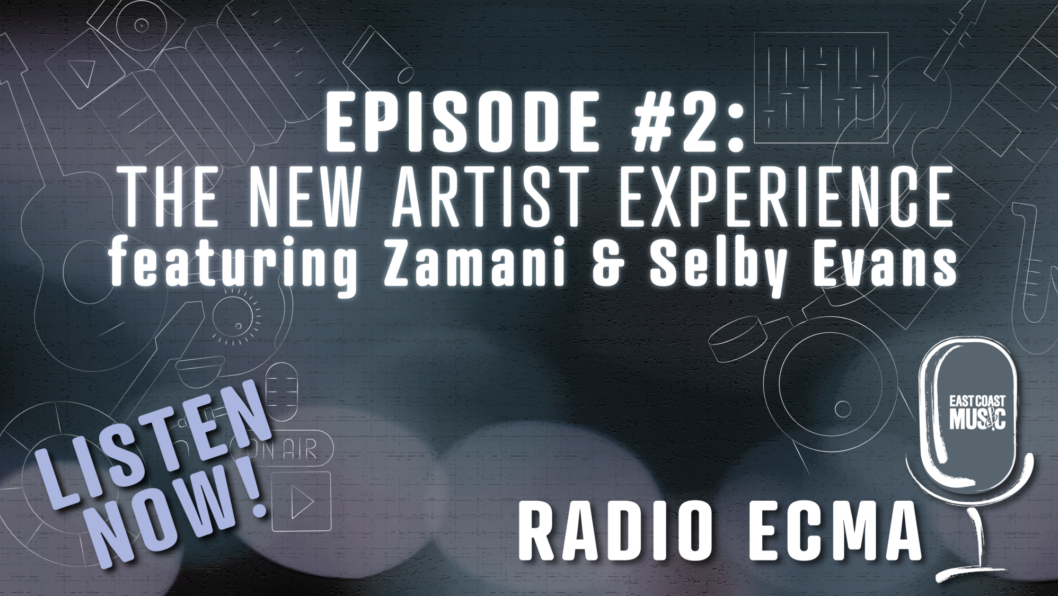 The new artist experience, what do they get off the ground and get established? Host Christ Batstone has an in-depth discussion with Zamani and Selby Evans.

Zamani began singing with her family at community events at age 12. Versed in many Black music genres, Zamani became inspired to expand her repertoire of R&B, Urban Jazz and Pop after receiving praise from the late veteran vocalist Sharon Jones who caught her performance- while then only 14 – with her jazz guitarist father Harvi Millar at the TD Halifax International Jazz Festival. In 2018 Zamani received ANSMA’s Portia White Youth Music Award and the Jongleur Youth Arts Award. In 2018 she received ANSMA’s Emerging Artist of the Year Award and released her first self-titled EP Mix Tape shortly after. In 2019 Zamani mae her first international appearances performing at New Skool Rules Festival in Rotterdam, and opening for R&B veterans Maya and Genuwine and Pop artist UB40, at the Caribbean Roots and Soul Festival in St. Lucia. More about Zamani.

Selby Evans is a young bilingual emerging artist currently based in Halifax, Nova Scotia. Having recently graduated from Dalhousie University with a degree in music, Selby quickly garnered attention with the release of his first bilingual EP Emmène-moi, in December 2015. He has performed in numerous prominent concerts over the last year, most notably, with Symphony New­Brunswick for seven sold out shows last fall in La Vallée des Possibles, and in the Francofête en Acadie as well as several other french music festivals. Two singles from the EP are receiving considerable radio play, Emmène-moi and Dis-moi encore, with the latter projected to enter the ARCANB top ten chart. An english single, On your Own has also received play on local radio. Further, Emmène-moi was listed in the top ten sales for Distributions Plages, in both March and April 2016, and digital sales (Itunes) continue to do well.

To produce this first EP, Selby surrounded himself with several notable collaborators, including trumpet player and multi­-instrumentalist Sebastien Michaud who co­produced the album, poet Hermenegilde Chiasson who contributed lyrics on L'ettre D’amour, as well as drummer and engineer Danny Bourgeois, to name only a few. These prominent session musicians form an important part of Selby’s team going forward. The release of this self ­funded debut EP was not only an important first step in terms of career development, but also provided many important lessons and insights about product development, live performance, marketing and the music industry more generally.

Listen to past episodes: 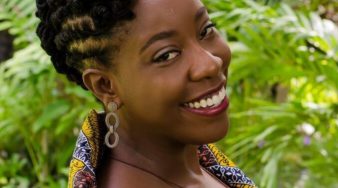 Long playing the role of reggae ambassador while sharing international stages with the likes of The Wailers, Groundation and Grammy Award winning reggae band Black Uhuru with Sly and Robbie, Jah’mila has been busy regaling listeners with her deep Jamaican culture and her undeniable talent for singing. Being born into the very roots of reggae’s family tree, she bears high respect for the discipline and understands the importance of her role in preserving and protecting good quality live music for future generations.

As the daughter of internationally respected musician and Wailer alumni, Earl “Chinna” Smith, music became an inseparable part of her life from an early age. Although she was raised in the Jamaican countryside, she absorbed ample musical skill early in life through her consistent church and choir involvement. These activities helped her to realize and develop her innate musical potential. It was no surprise that this little country girl became immediately entrenched in the Jamaican music industry when she migrated to Kingston at age 16. With her father’s coaching as well as the influences of her elder siblings (who are themselves singers and/or musicians), she started to explore the industry from the inside while enhancing and fine tuning her own musical skill.

She has made solo appearances at events in her home country on major stages like the Jamaica Film Festival (2009), the Jamaica Jazz and Blues Festival (2011) and the GanjaFest (2015) in Negril. She has toured doing live shows including but not limited to the Umoja Festival in California, Afro-Pfingsten Festival in Switzerland and at the CSA Pinelli in Genova, Italy among many other lounge and club gigs.

She recently moved to the East Coast of Canada and have already assembled a reggae band with a team of extraordinary local musicians. The band was listed in the Top 5 of the Casino Nova Scotia Artiste in Residence Program and even kicked off the main stage performances at the Halifax Jazz Festival 2018. She has helped to coordinate a number of community socials for Jamaican immigrants in her new community and also organized and hosted a live show at the Carleton earlier this year on April 26, 2018 (the centenary of women's voting rights in the province) with the aim of celebrating and empowering women in the Arts.

Her music was also showcased at the 5th Annual Caribbean Diaspora Multicultural Celebration at the Halifax Commons and also at the 2018 Nova Scotia Music Week in Truro, Nova Scotia.

Drawing influences from towering reggae legacies like Bob Marley, Dennis Brown and Beres Hammond, as well as jazz and contemporary artists such as Billie Holiday, Sarah Vaughan and Lauryn Hill, Jah’Mila strives to create music that is lyrically intelligent, masterfully delivered, tastefully arranged and undeniably inspiring. Her recently released track ‘Reggae Soul’ is a rhythmic representation of her musical style, in which she interlaces her deep reggae culture with notes of Jazz, R&B and Soul. She has collaborations with artistes such as Daddy U-Roy, Dub Kartel, Kim Dunn, Pineo and Loeb and Nattali Rize.

Jah’Mila is content to keep herself in work mode - seizing all her musical opportunities as they come. Well equipped with over 15 years of performing and session recording experience, she is now poised and prepared to stand in the center of every stage in her new hometown of Halifax. Her first feature release, set to be released in early 2019, will be a spirited and affecting collection of reggae soul tracks with messages of one love and positivity tightly woven into every note. 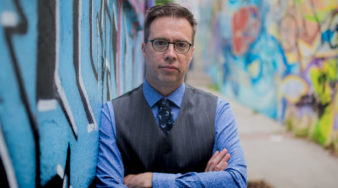 Chris Batstone is a 30-year veteran of radio with a passion for stories behind the music and voice over artist with an international clientele. Hailing from Grand Falls/Windsor, NL he has also been in ECMA nominated bands Drive, The Punters, and Kelly Russell & The Planks. Chris also operates Imaging By Guido (IBGrocks.com) which makes marketing materials for entertainment events.