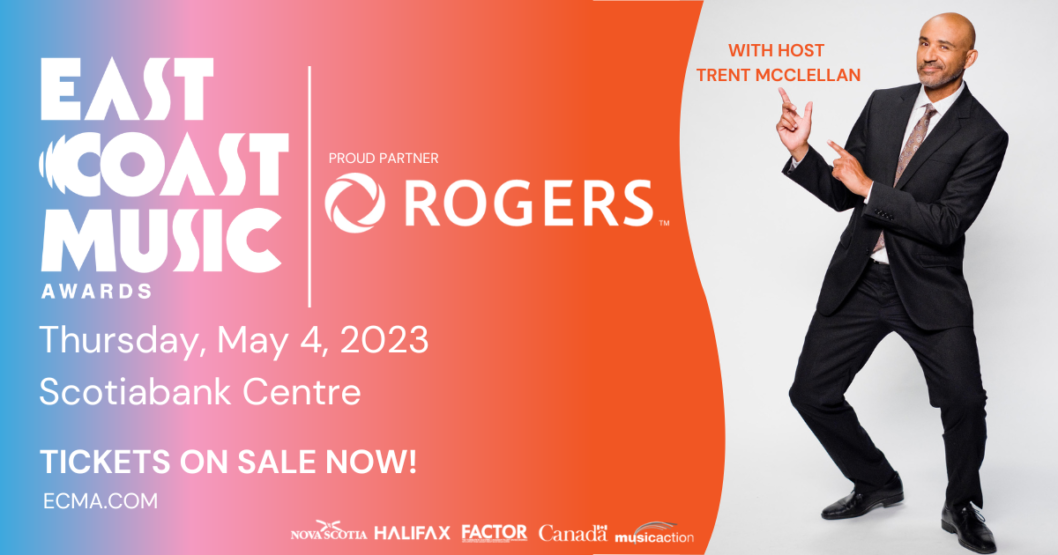 …Hosted by This Hour Has 22 Minutes Comedian Trent McClellan

Get ready to laugh, cry, and cheer. Comedian and This Hour Has 22 Minute main cast member, Trent McClellan, will host the 35th East Coast Music Awards Presented by Rogers in Halifax, NS on Thursday, May 4 at the Scotiabank Centre. Guaranteed to be the biggest night in East Coast Music, join EMCA for this historic anniversary celebrating the immeasurable impact of Atlantic Canada’s music scene.

“I love musicians and music! As a fellow performer, my respect for their creative journey and resilience knows no bounds. Hosting the ECMA’s is a sincere honour and I hope you can all join us to celebrate the ocean of incredible music made right here on the east coast. It’s going to be a big night!” Trent McClellan, Comedian and Host of the 35th East Coast Music Awards

Tickets are on sale now for a show that will deliver top notch music, big moments, and endless entertainment. Individual arena seats are $50 plus fees and can be purchased via Ticket Atlantic. Or, celebrate in style with a VIP table of ten. This exclusive floor experience is available for an earlybird price of $1,000 + HST until late January 2023. Please contact Kathryn Herbert (kathryn@ecma.com) for more information on purchasing tables. More information about the Awards Show lineup and performers will be announced in the new year.

This year, ECMA celebrates a major milestone with the 35th anniversary of the festival, bringing with it the opportunity to shine a spotlight on the past, present, and future of music in Atlantic Canada. Stages across this year's host city of Halifax will light up with the best of East Coast Music from May 3-7, 2023.

Passes for the 35th anniversary celebration are on sale now, with more exciting announcements to come.

For more information on the 35th ECMAs or passes, please see here.