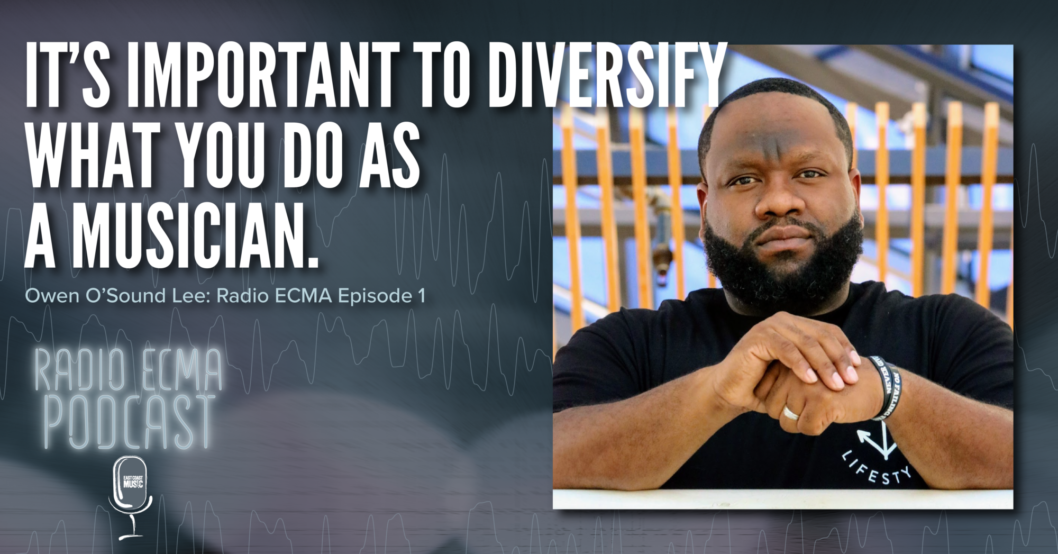 Episode 1 of Season 2 is live! In our Season 2 debut, host Chris Batstone takes a dive deeper beyond the artist’s name you keep hearing by chatting with featured guest Owen “O’Sound” Lee. Sharing his story, Owen discusses his experience establishing a successful career in the Maritimes, notable A-list collaborations (hint: they include Mariah Carey and Drake), and the downtime that has presented itself in recent months to pursue passion projects - while simultaneously caring for five children under the age of eight!

Owen ‘O’Sound’ Lee is a musician, songwriter, vocal arranger, and producer from Toronto, Ontario. Owen grew up singing in church, and after studying Vocal Performance Jazz at York University he began pursuing music as a full-time career and has been making strides ever since. In 2014, Owen extended his musical reach to the east coast of Canada when he relocated to Halifax, Nova Scotia. He is currently the Minister of Music at Emmanuel Baptist Church in Upper Hammonds Plains, the Program Coordinator of the African Nova Scotian Music Association (ANSMA), and the former Musical Director of the Nova Scotia Mass Choir (2014-2019).

The Radio ECMA Podcast with host Chris Batstone is produced by the East Coast Music Association, recorded at Imaging by Guido in St. John’s, IBGrocks.com, supported by the SOCAN Foundation, Music by Cassie Man, for more information on upcoming episodes head to ECMA.com or find us on socials at east coast music. Join us monthly on the third Thursday. Thanks for listening.